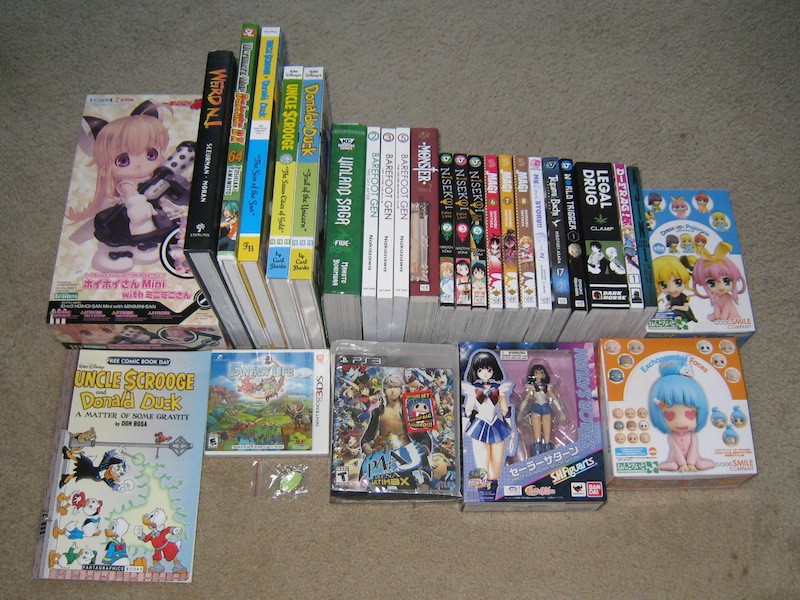 Some quick notes:
- The Anime News Nina book, seen here with the alternate "Ultimate Mop Daisuke" slipcover, is via Kickstarter (same with the Myoopi charm).
- The large Duck comics collection, with a bookplate signed by Don Rosa, is another KS reward. This second KS was mainly to help keep Fantagraphics going; they're worth it.
- The other Duck stuff came from an order direct from Fantagraphics (w/one preorder still on the way). I highly recommend ordering their books like this since they're mindful of the pickiness of collectors ;)
- The Weird NJ book is also signed!
- I'd actually ordered two cases each of the Nendoroid More stuff, but sold off most of the extras to fellow MFCers. Helped lessen my shipping costs, at least.
- Re-bought vols. 2 and 3 of Barefoot Gen since the older editions I had were abrigded-- not censored, just streamlined for Western readers. These new editions are uncut.

Except where otherwise noted, pictures are licensed under a Creative Commons By-NC-ND License.