TyjosAzari8 дней назад
Well today should be getting a few things in mail and decided to go ahead and get ITEM #899482 to have that marked off my list so I won't have to do anything else for the month.


Should be getting ITEM #886632 in mail along with the Transformers Studio Series 86' Kup, Star Trek Deep Space Nine Illustrated Guidebook, and the Star Wars Mission Fleet X-Wing.

-Now that big package that should have arrived today has been delayed in Transit and Amazon is really dropping the ball lately with getting things delivered, so hopefully will have Fujimaru tomorrow and Gilgamesh won't arrive till next week. That's starting to be a turn off to me ordering off Amazon since normally they'd be on the ball with things but like the other postal services starting to go down with the quality of service.

With Gilgamesh added to this month's pickups that will be in before the end of the week now that all the Snow has melted to a point there's no blockages of the roads around here deliveries will get here finally.

Fate Unlimited Blade Works DVD Season 2 -Came across one at a excellent deal so had to get that one [less than $30 for that Set!] so I'll look for Season 1 next month.

Getting Ai Yori Aoshi on DVD too so I'll be finished with hunting up DVDs for Anime since my mind feels a bit starved for more Anime right now and need some series that I haven't watched before so looked into that one after getting In Another World With a Smartphone on DVD the other day.

I'll have to look into getting Love Hina on DVD next month.

Expecting Divergence Eve Misaki Chronicles and Fate/Stay Night DVD sets to get delivered today now that USPS is resuming mail delivery after a week's delay due to the winter storms.

Still patiently waiting for the Kotobukiya Bishoujo Black Cat and Huntress to arrive and my friend has gotten closer to finding all the parts for ITEM #34540 and that will be arriving early March at this point with the Diamond Select KITT.

Should be getting the Ghostbusters 1:18 Scale Ecto 1 in early this week and the Batman Batmissile Batmobile should arrive sometime soon I hope, when I've got this much coming in I get tired of ordering online very quickly so this is a week of waiting for last week's pickups to get in.

The Zoids that were picked up last week should be arriving this week, within a few days and a art print that was ordered last month finally showed up at the nearby postal hub and that one wasn't updated for 20 days folks so good thing I'll finally have that Star Wars print and be finished with Art Prints for a bit.

Got the Transformers Deluxe Blurr this weekend.

Now just waiting on Amazon To Deliver a big package before the day is over so glad to see that the Postal Service is running again after a week long delay.

-Just picked up Transformers Kingdom Leader Class Megatron so I am now finished with my initial hunt for figures so feels great to end this month with having my current To Get List taken care of.

Gilgamesh and Megatron last figures to be picked up for the month so just have 1 package to ship and one last trip to the Grocery for the month and everything has fit into the budget.

The end of the month's pickups folks ends up being DVDs since that's what I use what's left of my collecting budget for these days to get some more classics into the collection.


-Update! Got the Package from Amazon today and ITEM #947472 is out for delivery! Now if UPS could get on the ball and get Kotobukiya's Black Cat and Transformers Studio Series 86 Leader Class Grimlock to me that'd be wonderful.

USPS and UPS has been failing to get things here like they normally have and with all that's going on it sucks to see postal systems going down in service quality.

ChocolateSpider
Awesome finds. Several long delayed packages finally came in the mail this month. The most important items being several Nendos and Freeing bunny figures. Now that these are here, perhaps I should resume with making loot posts.

Nefere
All preorders I'm waiting to be released in February got postponed to March. I'm happy to get a 3d metal kit in time so I have what to work on.

Also I bought an Onmyoji figure via Chinese proxy. While I've known about her size and weight, I was expecting max. 4kg package, not 7.6 kg. She will sit in a warehouse until I get more funds to ship her in April along with an acrylic box.
7 дней назад⊛ 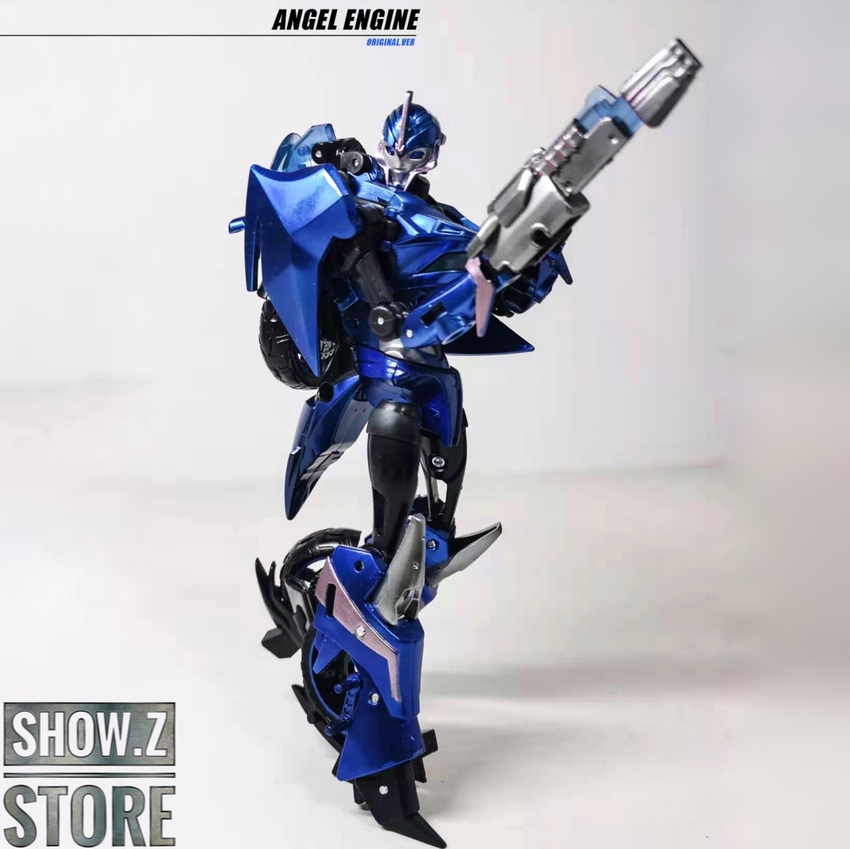 She's based on the Hasbro First Edition from 2012 ITEM #91927 but with nicer paint and more detail. She also comes with a lot more accessories.

This will cover most of my pre-orders from last year.
I can't wait.
8 дней назад

SebastianLover
Wow, I guess the Fate dvds have gone down in price. I remember looking for Fate Zero a while back and the BDs at least were over $100. That's just too much for me.

I've had a couple figures get in the past few weeks. This bad boy finally showed up: ITEM #846085 and damn is he huge! Getting him from a US based shop saved me a lot on shipping. I also had this ITEM #675835 and another non-MFC figure arrive since DHL for each was actually pretty reasonable. ITEM #806319, ITEM #604639, and ITEM #260969 also released this month, but I won't be seeing them for quite some time. I also have Myethos Eyjafalla (butchering that spelling otl) shipping out soon, but I'm not sure if shipping from China is super slow or not so I might not see her for a while either. When all my figures make it across the ocean, I'm sure USPS will be cursing my name.
8 дней назад

My Blogs are personal logs/diaries related to collecting and management of collecting.